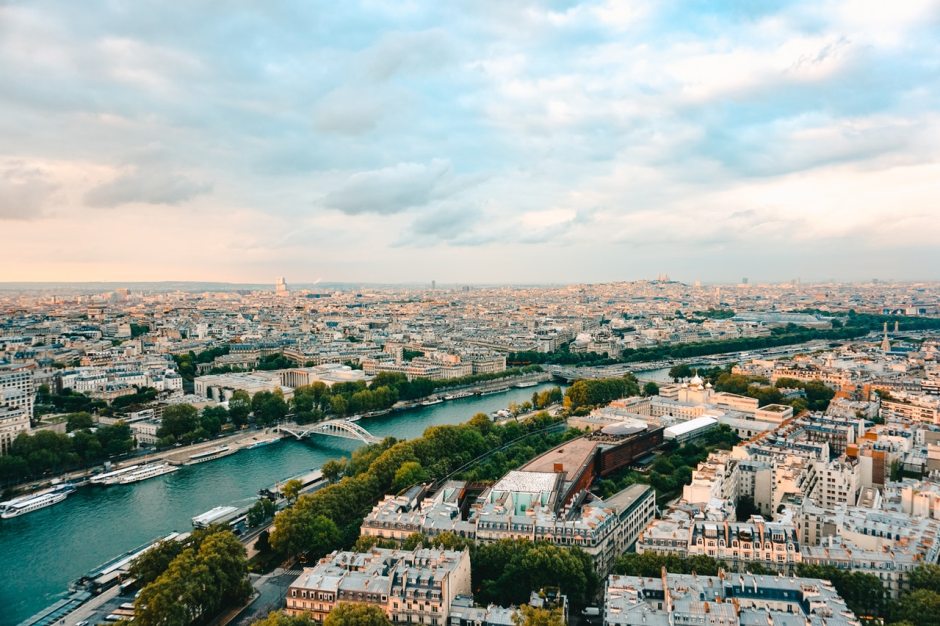 … Began with a dismal forecast of ‘wet and cold’… and it was really, ‘wet and cold’ and I had left my jumper (my only jumper) at the airport in Hong Kong (just to be clear: that is on the way to begin our year of travel, not during… I am the reason I can’t have nice things).

We started at La Basilique Notre Dame de Fourvière and actually I think it is one of the most beautiful cathedrals I’ve seen (I’ve seen a lot!). Walking out, Rosie asked hordes of questions that got a little complex (we are not religious, but spiritual and happy to help the girls explore the important ideas in the world) and Sadie, earnest (EAR.NEST!) in her attempts to interrupt, posed her own question:

“but but BUT! Why did John Lemon get shot??”

After the Roman Ruins, which we found pretty cool, we made a beeline for the famous, ‘Les Halles de Lyon- Paul Bocuse’. This area is renowned for its culinary prowess and we had a guilty chuckle as we handed the girls a round of brown bread, turkey and cheese sangas whilst we perused the halls for lunch.

I had tabouleh and this wee thing called a timbale de courgette au parmesan (I believe this is French for crustless quiche with zucchini and parmesan cheese… doesn’t have quite the same allure in English though, does it?). Jordan had salmon – Canadians can’t say no to salmon.

And of course- MACARONS. I bought 4 (with the complete awareness that 1/4 members of our party is deathly allergic to nuts and also kind of owes me for being such a legendary wife, so…), 4.

2 x chocolate and 2 x caramel butter (I had one of each but possibly enjoyed the caramel more as I didn’t have to quickly shove it in my mouth and inhale whilst eagle-eyed, freshly addicted macaron-lovers enquired constantly as to wha would be the fate of the remaining macaron).

With full tummies we had one last thing to check off the list: the Traboules de Lyon; secret, covered passageways that form a continuous passage throughout the city. Built in the 1800s for the silk traders to get around quickly they also helped Lyon avoid total Nazi occupation during WW2. You can imagine how intrigued the girls were… we had to look for a symbol on a door, push the door and see if it opened (spoiler: we pushed a lot of doors). We found the longest Traboules and walking through this was the highlight of the day for the girls who did not once demand ice cream afterwards (our new measure of good parenting!).